In some applications, in order to meet crash worthiness standards, very long stroke buffers are required to meet high levels of impact energy absorption and dissipation.

Oleo has developed patented technology for such two stage devices.

This technology can be used in applications that require extra stages of deformation set at different force thresholds such as the illustrative example given below:

EXAMPLE OF A "3-STAGE BUFFER" 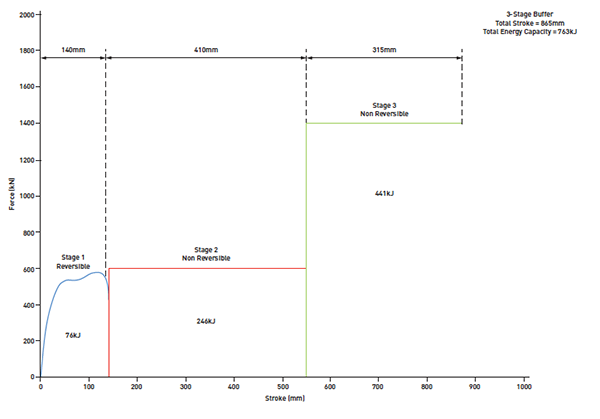