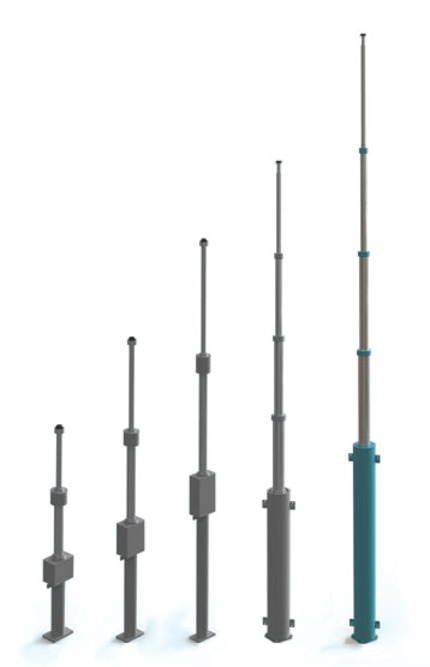 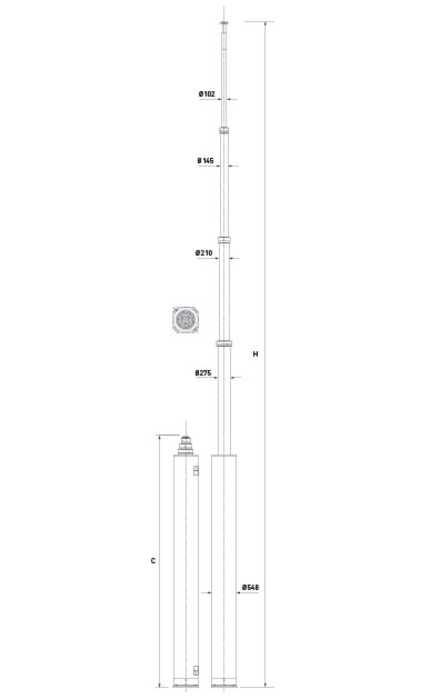 Oleo elevator buffers are designed to protect people and equipment from forces generated from an impact resulting from equipment failure or operator error. Buffers protect people, infrastructure and equipment from damage. Larger buffers allow the protection of heavier and faster moving equipment the new Oleo HSL telescopic gas hydraulic buffer range is designed specifically for high speed elevator applications typically seen in high rise buildings where speeds over 5m/s are achieved. If approved terminal speed limiting devices are employed by applying the reduced stroke calculation the HSL115 can deal with speeds up to 20m/s.

The Oleo principle of designing self contained, maintenance free* buffer units is applied to the HSL series of buffers and offers an easy installation process, this makes Oleo buffers the best solution for the life of the installation.

The HSL series is designed and built according to strict engineering standards and will be developed to achieve universal approval and global certification.

* other than statutory inspections.

The HSL 115 is a four stage telescopic buffer, designed for elevator speeds up to 20m/s, buffer rated speed 11.55m/s.

Other products in this range include: