Coventry-based TA Savery & Co, which trades as energy absorption specialist Oleo International and hydraulic solutions provider Savery Hydraulics, has taken on seven apprentices and 12 graduates over the past two years and now plans to expand its apprenticeship programme.

This local initiative comes ahead of National Apprenticeship Week, which takes place in the UK between March 3-7. The event was created to highlight the vital role that apprenticeships play to help get young people into work, and raise its profile among employers, individuals, teachers, parents and the media.

Recent findings from the National Apprenticeship Service (NAS) show that the number of people wishing to apply for an apprenticeship scheme outnumbers the amount available, by four to one. However, TA Savery & Co has been hiring apprentices for a number of years and cites trainees as vital to the development of the company.

With strong links to a number of further education colleges around the region, TA Savery & Co has launched a local campaign to attract people to the Midlands engineering sector. This includes having a presence in colleges throughout the region and visiting students to discuss the benefits and opportunities of working in the industry.

The company has recently taken part in some filming for North Warwickshire and Hinckley College in which  apprentices studying at the college and working in local businesses  discuss the benefits of apprenticeships. The video will be available on the college’s website.

TA Savery & Co has long invested in apprenticeships and continues to develop and train its staff, in all positions. The company has an extensive training programme and many of its staff have remained loyal to the business for decades.

Emily Golding was the first female engineering apprentice to be employed by Savery Hydraulics, and is one of the company’s apprentices taking part in the video for North Warwickshire and Hinckley College. She started her four-year apprenticeship scheme two and half years ago after completing her A-levels. Having a passion for engineering from an early age, she was keen to become an apprentice in order to complement her studies with real, on-the-job experience.

Emily said ‘For as long as I can remember I have had a keen interest in engineering, so learning while I worked offered me the perfect solution. I’d urge anyone considering an apprenticeship in engineering to “go for it!”- it’s not all about hard hats, and Hi-Vis jackets-the skills and qualifications I am gaining at Savery Hydraulics will remain with me throughout my career.’ 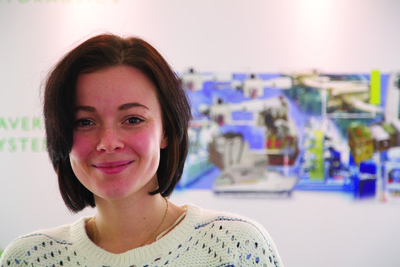 Apprentices at TA Savery & Co are recruited in all areas of the business from the engineering division through to its electronics, purchasing and quality departments.

One previous apprentice now works within the company’s warranty department. Richard Laurence completed his apprenticeship last year and has benefitted greatly from being on the company’s apprenticeship programme. He said: ‘I have got so much out of my apprenticeship - not only qualifications. What I found most insightful was my manager’s passion for his role and for engineering. You can’t get that from a text book. Everyone here is so willing to help, and I really feel valued in my role.’